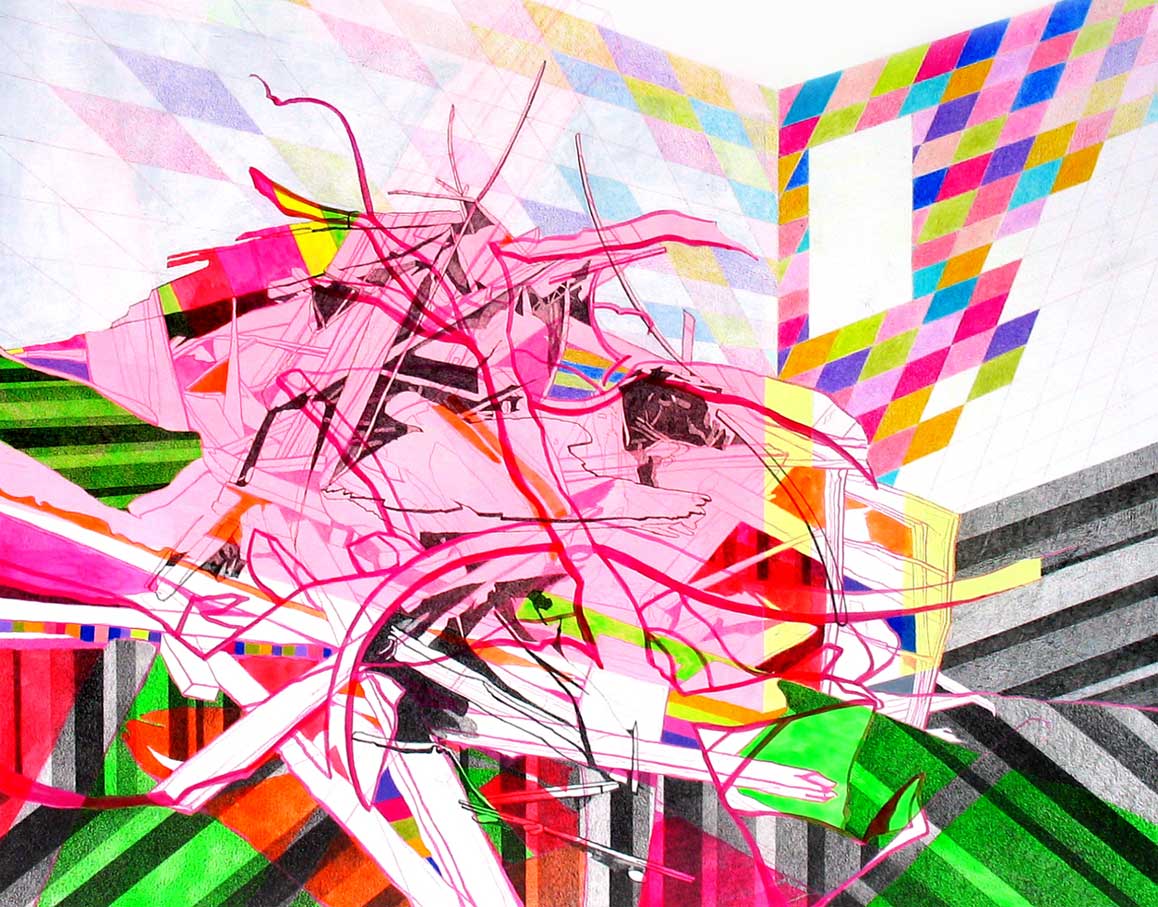 Years ago, I began making work inspired by demolition sites. I was first interested in the complexity and variety of the forms found there, but then I began to think about the life of these man-made objects and how they might exist at different points in time, how they might act as characters in an unfolding drama. Each of my drawings represented a different moment or season in an imagined world.

This world eventually expanded to include more natural forms like plants and flowers, and even more recently, I have begun to deal with abstraction and geometry. While this new work may seem like a departure from my representational focus, I still think of it as existing in the same world, somewhere along the timeline of structures building up and breaking down.

My visual style is rooted in eighties pop culture, referring to brightly colored cartoons and digital collage techniques that were hallmarks of music videos from that decade. These things molded my inner bank of imagery, and they inform the world within my work. I use nonrealistic spatial perspective, intricate patterns, and layers of media to create spaces imbued with intensity, mystery, and controlled chaos. 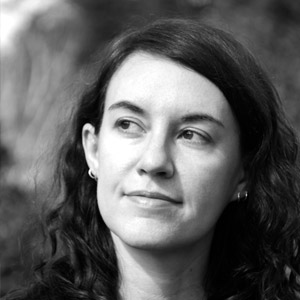 Nikki Painter is a Virginia-based artist who earned her BFA in Painting and Printmaking from Virginia Commonwealth University and her MFA in Studio Art from American University. Painter has participated in recent shows at the Huntington Museum of Art, and at the Daegu Arts Center in South Korea, and her work has been shown in numerous venues, including the Virginia Museum of Contemporary Art, SCOPE Miami, and the publication New American Paintings. She has had solo exhibitions at COOP in Nashville, Tennessee, at Purdue University’s Rueff Gallery, and at Civilian Art Projects in Washington, DC.

Painter has participated in artist residencies including the Hambidge Center for Creative Arts and Sciences, the Jentel Foundation, and the Maitland Arts & History Museum in Maitland, Florida.

Painter’s work is part of numerous private and public collections including Capital One’s art collection in Richmond, Virginia, and the Katzen Museum in Washington, DC.