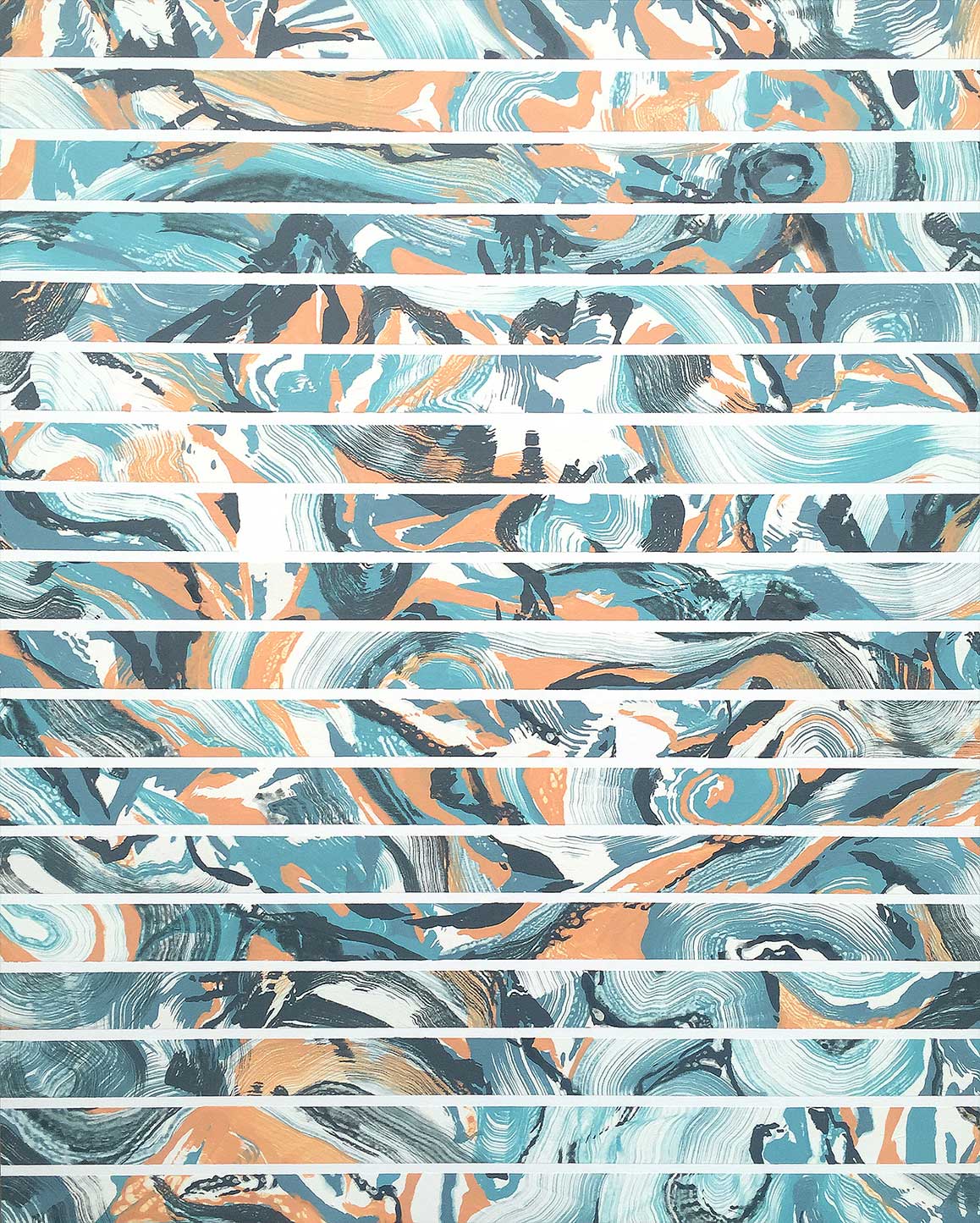 My artwork activates the perceptual connection between artist, object, and viewer. In this new body of work I am continuing my exploration of the art object as a catalyst for contemplation and meditation for the viewer as well as the artist.

The “Current Interrupted” series consists of paintings that have been separated into strips and reconstructed in a way to create new relationships by being put into a new context. Fluid marks are juxtaposed with the regulated rhythm of sharp horizontal line breaks, creating a fluttering vibration and tension in the paintings. I’m interested in what happens when snippets of perception are edited, reconfigured, and compartmentalized to give them new meaning. 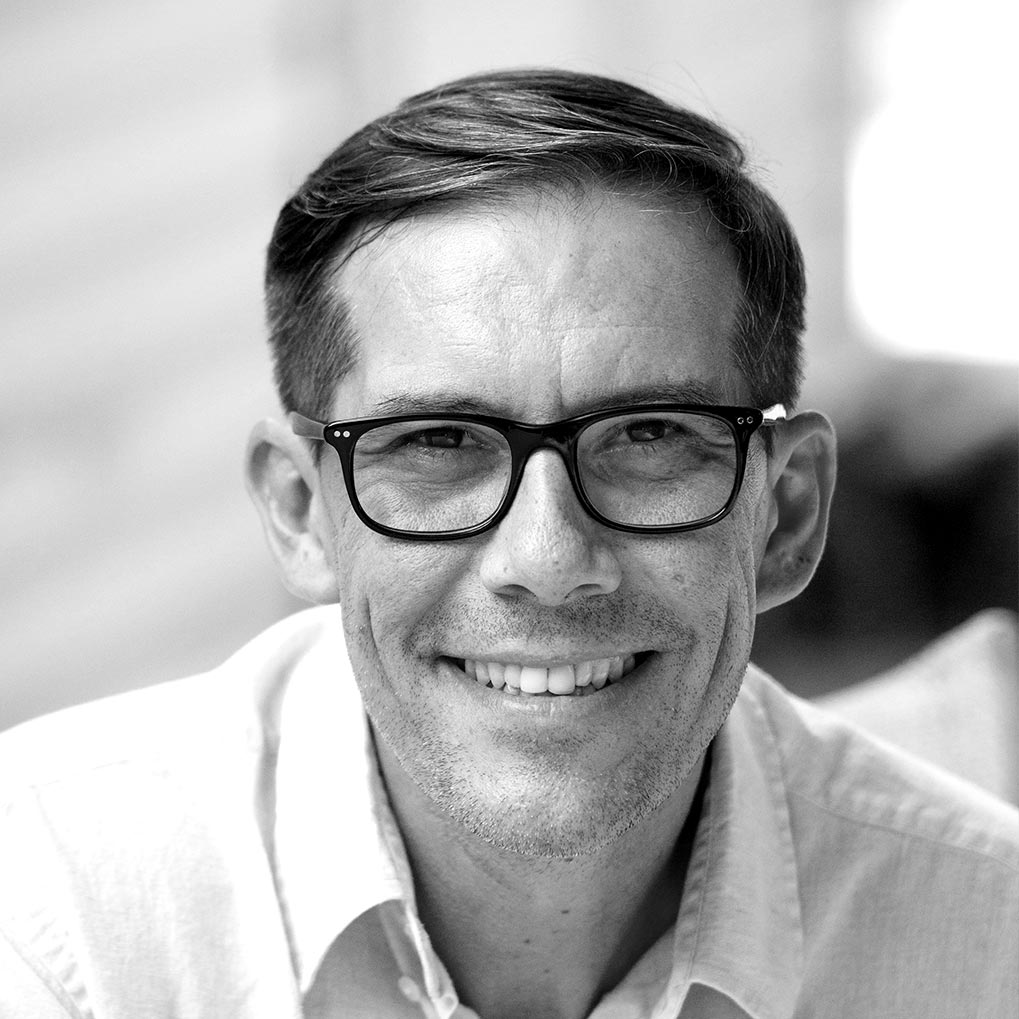 Adams was born in Hampton, VA and grew up in rural Gloucester, VA surrounded by the open water and tributaries of the Chesapeake Bay. His work continues to be influenced by his passion for exploring the natural world as much as it is influenced by the structure of the urban and suburban environments.

Adams recently relocated his studio to Richmond, VA after working in the DC Metro area for 16 years. He earned a BFA from Virginia Commonwealth University and a MFA from James Madison University. His work can be found in private, corporate, and public collections such as the Wilson Building (DC City Hall) and the DC Art Bank Collections. He has received numerous awards including a Graduate Fellowship From the Virginia Museum of Fine Arts and a Strauss Grant. Adams’ solo exhibition “Interval”, opens in December 2017 at Shockoe Artspace in Richmond, VA